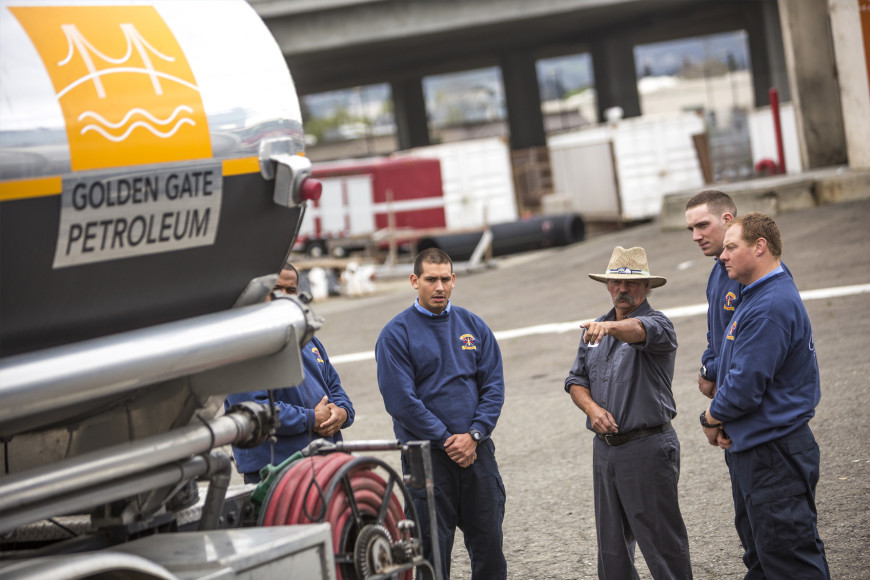 Oakland CA—To further support the City of Oakland’s commitment in becoming one of the top cities in the US to reduce its carbon footprint by using Nexdiesel, the highest quality, non-petroleum renewable diesel in its city fleets, Golden Gate Petroleum supplied an instructor and a tanker truck filled with the dynamic fuel to teach Oakland Fire Department’s HAZMAT course to its recruits at its training facility.

GGP’s driver Robert “Bert” Gray instructed the dozen recruits, required to complete a 16-week training period, on how to address potential mishaps in and around a fuel truck, and pointed out the numerous safe guards in place that prevent them. Bert has a commendable safety record and has never had an accident throughout his entire 30-year career with GGP.

The City of Oakland and Golden Gate Petroleum announced the partnership to begin the city’s conversion to Nexdiesel renewable diesel in its fleet in October, 2015. Oakland’s fleet of 250 diesel-powered vehicles and equipment are now running on renewable diesel in an effort to reduce emissions and improve air quality.